Who Invented the Wrench?

The wrench is also called a spanner . It is one mechanical equipment that is used in providing strong grip when torque is being applied and used in turning objects. These objects are usually fasteners that can rotate like the bolts and nuts. The person who invented the wrench is a subject of debate amongst historians.

In Commonwealth countries, except Canada, the wrench is actually called a spanner. The name wrench is used to address any tool that can be used to loosen or tighten any non-fastening or fastening device.

In the English-speaking parts of North America, the wrench is its known name.

In America, the spanner is only referring to a particular type of wrench which has tabs or pins around the mouth. That part of the mouth is fit in the openings of a nut that is about to be loosened or tightened.

The commonest types of wrench are the ring spanner and the open-ended spanner.

The word wrench itself comes from English that was spoken in the middle ages. It was called wrench at that time. This word came from an older English version that was called wrenc. That version also has roots in the Proto-Germanic word wrankiz. This means twisting or turning.

The word was first mentioned in the year 1790.

The word spanner itself also came from German origin. It is called spannen in German and this means to extend, connect, or join. Spannen is derived from the Proto-Germanic language in which it is called spannan. This means to spin, draw, or stretch.

There are so many types of wrenches.

The table below shows the types of wrenches, their American and British names.

Designation of size on wrenches

The size that is written on the wrench is usually the size of the head of nut, bolt, or screw it was meant to be used on.

Who invented the wrench?

The wrench was not invented by one person. There is a whole lot of history and story behind each type of wrench that is in existence today. Below are some of the wrenches and their inventors with a little bit of history backing up each invention. 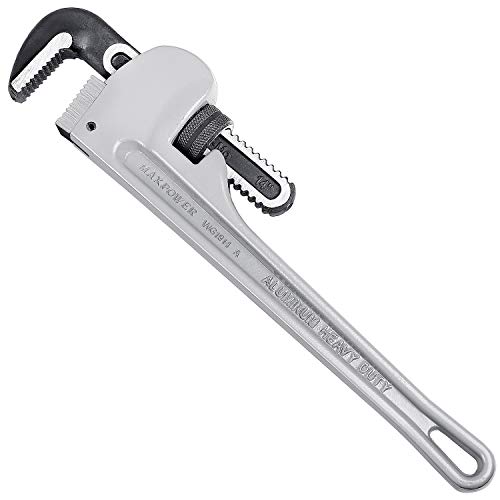 Buy a wrench on Amazon

This is perhaps the tool with the most controversial story. There are so many misconceptions about who invented the monkey wrench Even the name of the tool is one that causes debate to rise among scholars and historians.

Many publications that are available say it is the American heavyweight boxing champion, Jack Johnson, that was the first man to invent the monkey wrench. Jackson was a black boxer who dominated the world of boxing in the 20th century.

He dominated at a time when discrimination against blacks was in an all-time high. He dominated amidst white supremacy; It was in a time when whites thought that they were superior to blacks and could do anything to them.

They thought they were physically stronger than blacks. But Jackson proved them wrong. He beat up every white man that ever had the courage to step into the ring with him; he humiliated them. He beat the black champion, Ed Martin.

He was not satisfied with the victory over blacks, so he started fighting with whites; he wanted to be the heavy weight champion. When whites saw he defeated anyone he fought, they forced Bob Fitzsimmons, a former boxing champion, to come out of retirement and beat Jackson.

The plan failed as Jackson won in the second round.

Next, they called Tommy Burns, and offered him thirty-thousand dollars. He agreed unwillingly. Jackson beat him to pulp. The police officer present had to stop the fight in the 14th round.

After that, the whites’ sought for a way to make Jackson pay. They charged him to court for violating the Mann act charge. He ran away to Spain where he was joined by his white wife, Lucille Cameron.

Years passed and he came back to the US; he was tired of running. He was put in Leavenworth Federal Prison in Kansas. It was there that he invented the tool called the monkey wrench.

Some historians argue however that what he did was simply a modification to pre-existing wrenches and not a new invention totally.

Solymon Merrick was said to have invented the first monkey wrench in the year 1835. He sold the patent to Bemis and Call, a company that was based in the US. The company was known for making tools.

Another man who is said to have invented the monkey wrench is Loring Coes. He had a company that made kitchen knives.

But it is worthy of note that the term monkey wrench was already being used in England, long before any of the men listed above were born.

He had a design in mind and spoke to Walworth manufacturers about it. The design was one that had the ability to screw pipes together.

The piping and heating firm agreed to do so only if he made a sample that would be able to do what he said. He created the prototype and it was a huge success.

He patented his design and the company produced it. Mr. Stillson collected almost up to eighty thousand dollars as royalty payments while he was alive.

Video: How to use a pipe wrench

Introduction: This video shows how to properly use a pipe wrench.

This was invented by John Vranish.

Prices pulled from the Amazon Product Advertising API on:

Product prices and availability are accurate as of the date/time indicated and are subject to change. Any price and availability information displayed on [relevant Amazon Site(s), as applicable] at the time of purchase will apply to the purchase of this product.

What is a Lug Wrench?

How to use a socket wrench

What Is An Impact Wrench?

We use cookies on our website to give you the most relevant experience by remembering your preferences and repeat visits. By clicking “Accept”, you consent to the use of ALL the cookies.
Cookie settingsACCEPT
Manage consent

Any cookies that may not be particularly necessary for the website to function and is used specifically to collect user personal data via analytics, ads, other embedded contents are termed as non-necessary cookies. It is mandatory to procure user consent prior to running these cookies on your website.